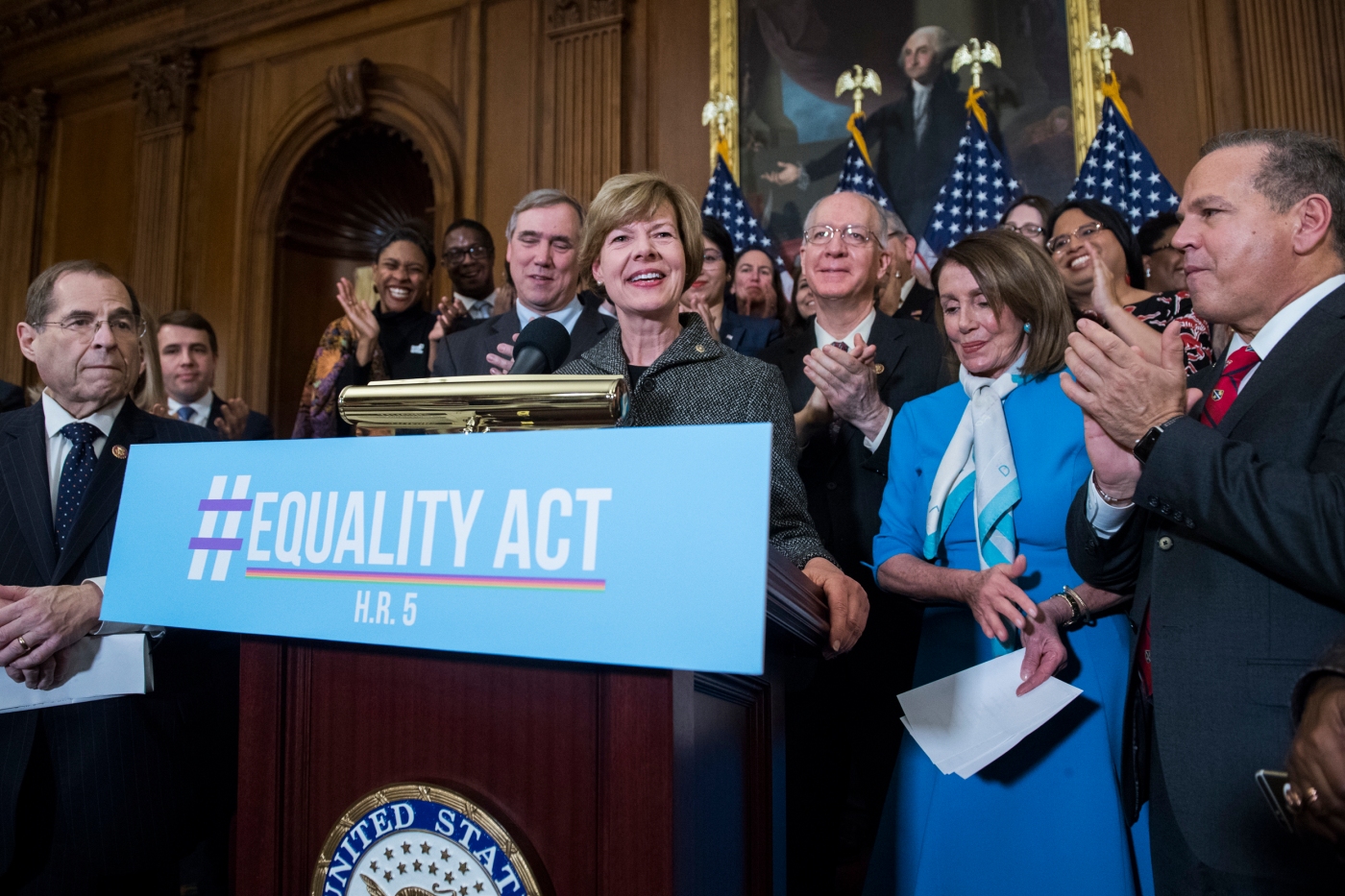 This afternoon, the U.S. House passed the “The Equality Act”. This bill is the most extreme challenge to the basic assumptions of our culture, our moral structure, and to the rights that so many have labored for so long to secure.

There is a plethora of very good articles detailing the manifold ways in which the Equality Act tears down legal protections and does significant harm, from women’s rights, to mandated government funded abortion, to the end of conscience rights in medicine, to the erosion of religious liberties. One article I was drawn to is written by Andrew T. Walker on the Ethics and Public Policy website, “The Equality Act Is Farewell To A Christian Metaphysic”. It gets to many of the root problems inherent in the Act.

To begin with, it reveals the lie of Biden’s campaign promise to unify the nation.

Generating much attention of late has been the re-introduction of the Equality Act under President Biden. Aiming to amend the 1964 Civil Rights Act to cover gender identity and sexual orientation, it is the game-set-match of the Sexual Revolution’s conquest. Biden—showing that his professed desire to govern from the middle was an electoral con—is using the political capital of his first one hundred days in office to etch the key tenets of the revolution into every corner of society, under the guise of purported “non-discrimination.” All told, it is a new orthodoxy—with a zealous plan for conversion and the installment of new blasphemy laws.

But the more significant issues are the changes this bill makes on deeper levels of assumptions about personhood, what it means to be male and female, and how moral transgression works.

The Equality Act contains a metaphysical revolution in its pages, and it seeks the evangelization of the West. The old order was one with an ethic of objectivity, reason, fixed nature, authority, and boundaries, where organic connections and family relations were seen as guiding, normative, and persuasive, with anything opposed to these as transgressive.

Walker makes the point that the Equality Act changes the moral imagination of the culture away from the Christian moral universe to one ruled by sexual autonomy and expressive individualism. In this ever-changing landscape of progressive politics, the only moral evils are talking about “the truth of things” or “the nature of humans” or “supporting objectivity” or believing some sexual behaviors are morally wrong.

The power of moral imagination is greater than we might think. It is not uncommon to see younger individuals complain to others who disagree with the Equality Act online by saying something along the lines of, “but now everyone will be treated equally.” While the substance of the bill demands that people will not be treated equally, the name of the bill is enough to sway many. The vocabulary used to title the bill shaped their moral imagination about the content of the bill.

He is right when he simply asserts:

The Equality Act, in my view, is a symbol for the de-conversion of the West.

The Equality Act has a long way to go before it becomes the law of the land, and the path is not a sure thing. But the first hurdle has been crossed, and if you think this bill is designed to make things better for oppressed people, you will surprised how many people will need to be silenced, taxed, censured, and oppressed by the State to make it all work.

But there is a greater hurdle the Equality Act is trying to jump – reality itself. The “Christian metaphysical order” as Walker puts it, is stronger than all the attempts through history to rewrite reality or silence those who hold to the moral and religious order God hard-wired into the universe. The French Revolution thought it could literally change days, months, and the number of seconds in a minute. After shedding the blood of tens of thousands of their neighbors, the project inevitably failed. The Roman empire tried to silence the Christian voice, but they rotted away in their decadence leaving the church stronger than it was before.

Christians know how to be on the right side of history, but they need the wherewithal to stick with it. When the culture around us goes so far as to say that one particular skin color is irredeemably racist, or that “2+2=4” is racist, or that toddlers should be put in therapy to help them realize their gender is different than their biological sex, we have a moral duty to our neighbors to resist. At the very least, we will do well to simply refuse to agree.

Christians know how to be on the right side of history, but they need the wherewithal to stick with it.

[My denomination, the Assemblies of God, put out a good reflection on the religious liberty problems with the Equality Act along with some ideas about what to do.]

[The Alliance Defending Freedom Legal Foundation also posted a great article on the impact of the Equality Act. If you are looking for a legal foundation to follow or support through this issue and its consequences, ADF is a great organization.]