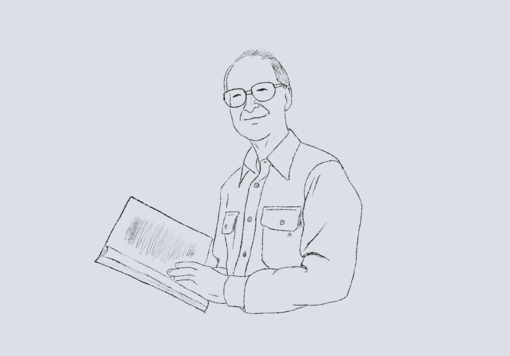 This strikes me as bone-crushingly sad. The Atlantic ran a short piece and posted a short documentary on the death of philosopher, Herbert Fingarette. The article opens with what can be considered the bottom line:

In his 1996 book about death, Herbert Fingarette argued that fearing one’s own demise was irrational. When you die, he wrote, “there is nothing.” Why should we fear the absence of being when we won’t be there ourselves to suffer it?

Twenty years later, facing his own mortality, the philosopher realized that he’d been wrong.

In my experience it is common for atheists to deal with the shadow of death with exactly those words. They have been spoken to me as a kind of catch-all rejoinder to the Christian hope of life beyond death. The Christian argues that our hope lies in the presence of God in this life and the assurance of life with God after physical death. It is not a simple childish “pie in the sky” wish, but one based on good authority, argument, and experience.

Because most atheists find this Christian belief to be silly, and because they cannot escape death, the response is often some version of, “well, it doesn’t matter. We simply cease to exist anyway.”

But with that moment looming, Fingarette found that empty. His life was far to weighty for this kind of brushing-aside of every human being’s most momentous moment. He says,

“It haunts me, the idea of dying soon, whether there’s a good reason or not,” he says in Andrew Hasse’s short documentary Being 97. “I walk around often and ask myself, ‘What is the point of it all?’ There must be something I’m missing. I wish I knew.”

Fingarette’s tragic story carries with it one final lesson. Atheism simply cannot carry the weight of a human soul. It seemingly has answers for everything and epithets for people who are simple enough to keep believing in “fairy tales”, but in the end it fails the most important of all questions. In Fingarette’s words, “What is the point of it all?”

One thought on “An Atheist Philosopher Dies”