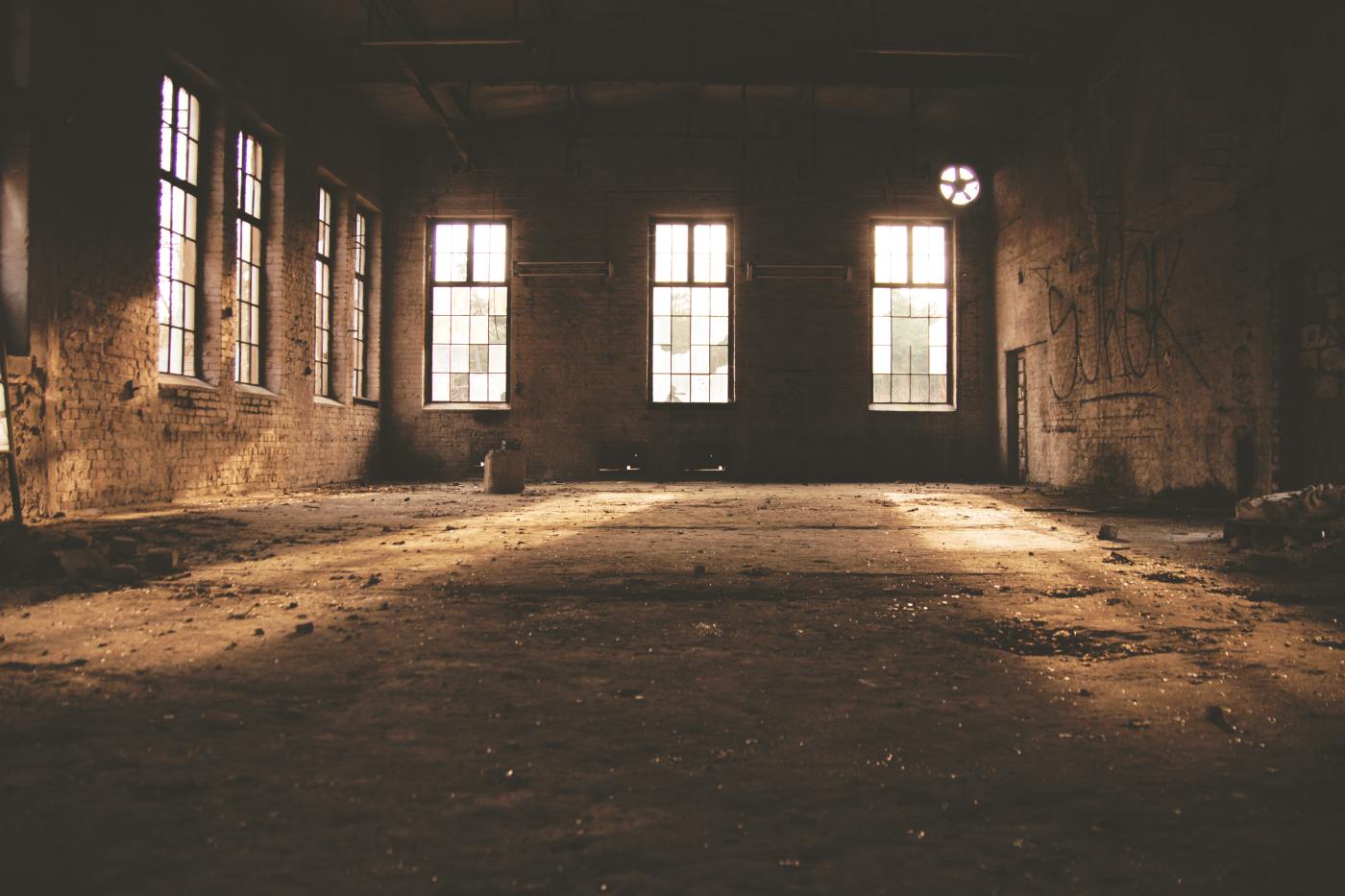 One of the more dynamic corners of the evangelical world right now can be found by searching for the hashtag, #deconstruction. Over the past few years a few relatively famous Christians have announced that they are deconstructing their faith or have left the faith altogether as a result of the process. A tour through the social media posts, podcasts, videos, and articles produced by people who deconstruct their Christian faith finds several similarities.

They feel as if they suffered some kind of authoritarian abuse when they were younger or are embarrassed by the things they were taught. They have decided that God’s love is his supreme (and maybe only) character trait, leading them to affirm the LGTBQ+ lifestyle. They are ready to accept the narrative that Christian theology and missiology are the result of white patriarchy and privilege, so they are quick to reject evangelism as a good Christian activity. They believe that sociology of religion explains theology, meaning that evangelical beliefs can be reduced to and described in terms of things like white supremacy. They believe they have discovered problems that prove Scripture to be unreliable or the faith untenable, while many of them have not done the research to learn that the Church has answered their questions for 2000 years now.

One critical issue missing in just about every one of these articles is an honest wrestling with what the term means. It turns out that the term, “deconstruction,” has a definite etymology and use. And, as with a lot of terms that begin in philosophical circles, it comes into our common parlance with most of its meaning intact without people knowing exactly where it came from. Deconstruction is an ideological Trojan Horse.

One critical issue missing in most articles on Christian deconstruction is an honest wrestling with what the term means.

“Deconstruction” sounds thoughtful. It tends to have a ring about it that communicates deep reflection, honest questions, and new answers. It is certainly hip to say you are deconstructing your faith. When deconstruction stories are examined, however, it is none of those things.

If the term matters, what does it mean?

Though he might have borrowed the term from a previous philosopher, Hegel, Jacque Derrida is credited with coining and developing the term. Derrida was an influential French philosopher who was part of the vanguard of thinkers who developed what is called Postmodernism. Though his work is voluminous, he is best known for this very concept.

You can easily find the major works of his where he introduces and variously defines the term (there are probably a small handful of definitions and applications of the idea in his works), or you could enclose your head in a box of bees. You will come out with the same experience.

On one level, the idea is exactly what it sounds like: the act of pulling down previous ideas and beliefs. I do not add, “and building new ones,” because that really isn’t the goal. Derrida wanted to pull down much of the dominant Western philosophy of the time, going back to Plato, that believed there were objective realities (essences) beyond human control and manufacture. Traditionally, philosophy proceeded from essences to appearances – from things the way they really are to how we perceive things. Derrida’s deconstruction turned that upside down and placed appearances (our experiences) at the front of reflection. But, because appearances and experience are always changing, deconstruction means we are in a perpetual loop of tearing down. Knowledge is impossible. Truth is problematic. Essences are unattainable. Experience and deconstruction are all we really have.

In fact, the political version of Derrida’s deconstruction recognizes that justice is impossible to attain because social deconstruction is perpetual. Deconstruction does not lead to a final decision about what is true or the attainment of justice. It is a process of perpetual incredulity toward essence and truth.

One philosopher wrote in the Stanford Encyclopedia of Philosophy:

Applied to morality, this idea disconnects moral meaning from moral essentialism (the belief that there are objective moral rules) and grounds moral reflection and action in the experience of the individual and the act of deconstruction. Cutting through the postmodern linguistic bramble – the individual becomes their own source of moral truth.

Applying the basics of this idea to God and religion should now be easy to do. God, in his essence as a being who exists beyond human control, becomes an idea whose meaning is rooted in an individual’s experience. God’s existence is brought into serious question (to be charitable), and his authority in moral and religious matters is completely stripped from him.

Deconstruction is not aimed at asking genuine questions and finding new, honest answers. It is aimed at eliminating truth and meaning altogether. Derrida apparently once wrote, “Deconstruction is the death of God put into writing.”

Deconstruction, properly understood, is incompatible with the Christian faith.

Deconstruction is an ideological Trojan Horse.

If we apply deconstructionist literary theory to Scripture, we move authority from the text, its Author, and faithful interpreters, to the reader. The meaning of the text is not provided by the Author, or the words used (the act of exegesis and interpretation), but by the reader and their experience of the text mixed with their encultured situation. It is ironic to note that a lot of Christian Deconstructionists believe they are rescuing the text from its white evangelical enculturation.

It should not be surprising that many Christians who deconstruct their faith also end up wholeheartedly endorsing the LGBTQ+ lifestyle and political agenda. Scripture is no longer the authority it once was for them, and culture has shifted their experience of both the text and morality.

Alisa Childers recently wrote a piece for The Gospel Coalition titled, “Why We Should Not Redeem ‘Deconstruction’”. In it she explains her disagreement with the deconstruction project in part by arguing, “That’s because the way the word is most often used in the deconstruction movement has little to do with objective truth, and everything to do with tearing down whatever doctrine someone believes is morally wrong.” She is right. If you read two or three deconstruction stories this becomes clear. They are emotionally perturbed at God or their former church, but they say little to nothing about what is true. They emote a lot about their homosexual friends, but they do little to ask whether the lifestyle is in keeping with objective truth.

She wrote that piece, in part, in reaction to another published by The Gospel Coalition. In “What Would Jesus Deconstruct?”, James Walden and Greg Willson take the point of view that deconstruction is part of the history of the church. It is normal and can be a good thing. They write,

Contrary to (post)modern wisdom, the foolishness of God has brought us face-to-face with the eternal Word (1 Cor. 1:21–25). This Word deconstructs all our wise words. But it must be interpreted by fools like us. Decades before Derrida, Cornelius Van Til observed that every fact is an interpreted fact, including facts of faith. This is why we’re “always being reformed.” There exists a space between our faith and the faith—“a space of questioning,” as James K. A. Smith names it, “to call into question the received and dominant interpretations that often claim not to be interpretation at all.”

The authors would have you believe that “reforming” your faith is the same as deconstructing it. But growth, correction, and refinement of belief is not the same thing as deconstruction. Hopefully, now that we know a little about what the term means, their equivocation seems pretty sloppy to us. If they are right about “deconstruction = reforming belief”, then we can take either of those terms to mean whatever we want.

They go on to favorably cite another author about what Jesus would deconstruct: “As Joshua Ryan Butler put it, ‘Jesus deconstructs bad teaching in order to reconstruct good teaching.’” But again, we should be quick to respond with, “I don’t think that word means what you think it means.”

If, however, words have meaning, the answer to, “What would Jesus deconstruct?” is obvious: Nothing.

An evangelical deconstructionist, or one of their supporters might say, “That’s not how we mean it.” And I am sure they mean well. This, however, is the magic of postmodernism in general and deconstruction specifically: words can mean whatever you want them to mean. So, according to Butler, when Jesus reveals the Pharisees to be wrong, he is deconstructing, not arguing. Or, when a worship leader from a mega church deconstructs his faith and decides his church experience was so embarrassing that he can no longer be a Christian, he is “reforming” his faith. But if these things are true, then the words have no real meaning and conversation becomes pointless.

What, then, about the Christian who is honestly looking at what they believe, what they have been taught, and what they think is true? If they are deconstructing their faith, they are on a circular path with no end in sight. But there is another option, and it is expressed well in the phrase misquoted by Walden and Willson, “reformed and always reforming.” It is entirely possible, as evidenced by centuries of Christians doing exactly this, to ask serious questions and wrestle with God and truth with the goal of finding him.

When God called me into ministry, he did it in the context of young adults questioning and sometimes losing their faith. I was driven by the idea that the church could be a safe place for questioning, wrestling with big ideas, and finding God. All truth, after all, is God’s truth. If you really want the truth, you will find God. There was no hint of pulling apart the authority of God so we could find some kind of happy place where we could believe what we wanted about our favorite vices and still call ourselves Christians. I did not create an environment where we could figure out where God was wrong and we were right or allowing our gripes from the past to taint what is actually true. But let there be no mistake about it, there was a lot of serious and emotionally disruptive examination of the faith.

I for one am stronger for it. I did not deconstruct anything, but I asked and was asked the hardest questions you can imagine.

The church does not need deconstruction. The more the term is used, the more people feel free to subvert the authority of Christ and Scripture, and the more people will feel free to leave the faith. The Christian faith always needs people willing to know the truth and spend time with others talking about it in love and with patient grace.

3 thoughts on “Is it Deconstruction?”