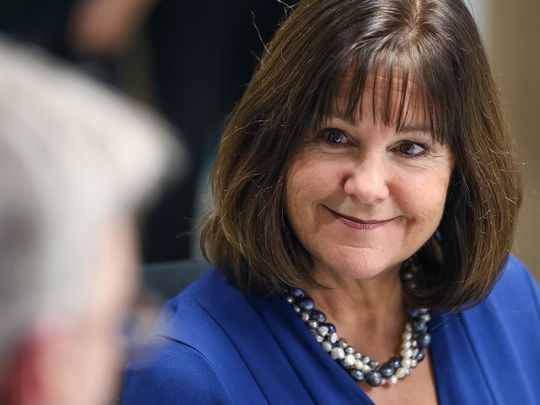 In just the past few days, it became a matter of national importance that the Second Lady, Karen Pence, took a part-time position at an Evangelical school. What seemed important to both the New York Times and the Washington Post – both as news and opinion items – was that she was working for a school that requires its teachers and families to uphold a traditional Christian position on human sexuality.

But, of course, that is not what you read if you only saw the national headlines. Mrs. Pence was working for a school that “bans gay children,” or is (predictably) “anti-LGBTQ,” or in one over-the-top by-line, a commentator said, “Karen Pence’s Worldview Horrifies Me”. One CNN commentator pontificated about whether she even should have the protection of Secret Service if she was willing to be so blatant in her (bigoted) religious affiliation.

This reaction to Karen Pence is also a reaction to traditional Christianity. And many have shown the appropriate frustration to the reactions themselves, calling them out for the bigoted small-mindedness they reveal.

But we need to be aware of the deeper cultural realities this reveals. It isn’t just that major newspapers and news outlets are happy to publish their disdain of traditional Christianity. Two more things need to be clear.

The LGBTQ agenda is now the moral litmus test for anyone everywhere. You will rise or fall based on your adherence to whatever the “proper” position is on that issue at any given moment (it is a moving target). If you can be labeled as “anti-LGBTQ”, nothing else matters.

Second, this results, in part, from the belief that the Christian faith (faith in general, but Christian faith especially), is a private matter with no attachment to reality and thus has no reason to be an influence in the public square. In its mild form, this position allows Christians to hold to their belief in private as long as they don’t intend those beliefs to have public consequences (like statements of faith at a school). Its stronger form is that Christian belief is a dangerous falsehood and needs to be gotten rid of.

What is stunning to me is the number of professing Christians who also hold to one form or another of this second view. They are happy to side with secularists who want to either silence or get rid of the very faith they proclaim to hold. Is it a need to be accepted by a rising tide in our culture? Is it its own form of self-hating Christianity? Is it a lack of understanding of their own faith? I don’t know. I don’t pretend to understand it yet. (We need to understand it, however, because it becomes a significant part of the church when opposition comes its way.)

“But even if you should suffer for righteousness’ sake, you will be blessed. Have no fear of them, nor be troubled, but in your hearts honor Christ the Lord as holy, always being prepared to make a defense to anyone who asks you for a reason for the hope that is in you; yet do it with gentleness and respect, having a good conscience, so that, when you are slandered, those who revile your good behavior in Christ may be put to shame. For it is better to suffer for doing good, if that should be God’s will, than for doing evil.” 1 Peter 3:14-17