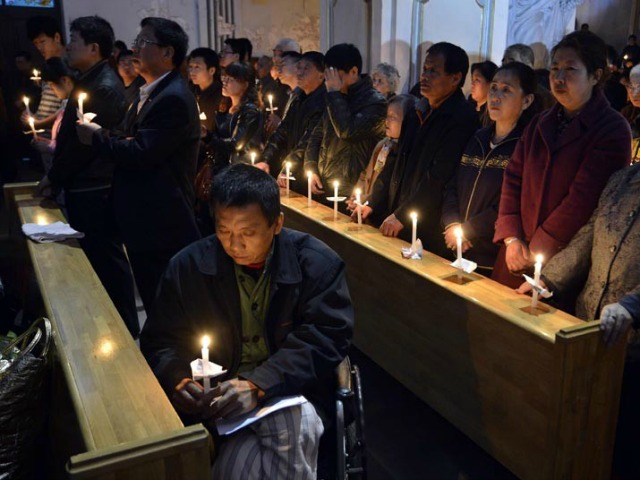 Recently we learned about a crackdown in China in which more than 100 members and leaders of a church in Chengdu were detained. The pastor, Wang Yi, and his wife were charged with incitement to subvert the state and face real prison time.

As it happens, Pastor Wang Yi prepared for this, and he drafted a document to be released 48 hours after his detainment. You ought to read the whole thing. I don’t know that I have read anything like it in modern history, though parts of it resonate with Martin Luther King’s “Letter from a Birmingham Jail”.  Below I excerpt portions of it with some comment on why I think this is such a powerful letter.

At my first reading, I think there are at least three categories of ideas to look for. First, the theological vision he has of his situation. Second, his clear commitment to what the church is and is not in this world. And third, his personal commitment to the virtues and example of Christ through his persecution.

As a pastor, my firm belief in the gospel, my teaching, and my rebuking of all evil proceeds from Christ’s command in the gospel and from the unfathomable love of that glorious King. Every man’s life is extremely short, and God fervently commands the church to lead and call any man to repentance who is willing to repent. Christ is eager and willing to forgive all who turn from their sins. This is the goal of all the efforts of the church in China—to testify to the world about our Christ, to testify to the Middle Kingdom about the Kingdom of Heaven, to testify to earthly, momentary lives about heavenly, eternal life. This is also the pastoral calling that I have received.

For this reason, I accept and respect the fact that this Communist regime has been allowed by God to rule temporarily. As the Lord’s servant John Calvin said, wicked rulers are the judgment of God on a wicked people, the goal being to urge God’s people to repent and turn again toward Him. For this reason, I am joyfully willing to submit myself to their enforcement of the law as though submitting to the discipline and training of the Lord.

Pastor Wang Yi has made peace with the intersection of an evil government, allowed to rule by God, and his commitment to the Gospel. He states elsewhere that his job is not to change political institutions, but to call men and women to repentance.

Two things stick out to me. First, is his insistence on not trying to change the Chinese government or implement laws to fix his predicament. The early church was in a position where tyrannical governments persecuted Christians, and they, by in large, strove to live like Christ and change lives through the Gospel. The New Testament Epistles are not political tracts.

Second is his gospel focus. American Christians are currently caught up in seeing their culture through politics first and foremost. We seemingly can’t talk about Christ without talking about Trump, the Supreme Court, or Congress. Pastor Wang Yi reminds us of the primacy of the gospel and our duty to proclaim it no matter the political circumstances. He calls out the evil of the Communist regime, but stays focused on bearing witness to this world of the next. To that end, we should hear him when he says:

For the mission of the church is only to be the church and not to become a part of any secular institution. From a negative perspective, the church must separate itself from the world and keep itself from being institutionalized by the world. From a positive perspective, all acts of the church are attempts to prove to the world the real existence of another world. The Bible teaches us that, in all matters relating to the gospel and human conscience, we must obey God and not men. For this reason, spiritual disobedience and bodily suffering are both ways we testify to another eternal world and to another glorious King.

Pastor Wang Yi takes the consequences of “spiritual disobedience” seriously. He knows what it may mean if he persists in his disobedience, but he is committed to being non-violent and bearing witness to the Kingdom of God while his persecutors perpetrate evil. For him, reflecting on God’s eternal kingdom and coming judgement causes a broken heart and a longing for his persecutors to change their ways. He cannot allow room for hate to enter his heart.

Those who lock me up will one day be locked up by angels. Those who interrogate me will finally be questioned and judged by Christ.  When I think of this, the Lord fills me with a natural compassion and grief toward those who are attempting to and actively imprisoning me. Pray that the Lord would use me, that he would grant me patience and wisdom, that I might take the gospel to them.

Separate me from my wife and children, ruin my reputation, destroy my life and my family—the authorities are capable of doing all of these things. However, no one in this world can force me to renounce my faith; no one can make me change my life; and no one can raise me from the dead.

I read what he has to say and can wholeheartedly affirm so much of it, but wonder if I would say that if I faced a fraction of the opposition he faces? Have I become consumed with my own distracted and politicized culture to the point where I may not have the kind of gospel fire-in-the-belly my brother in Christ has?

We should let this letter be a reminder to us of the primacy of the gospel, our duty to bear witness to it as the Church of Jesus Christ, and to pray with him that his life will be light in that darkness.