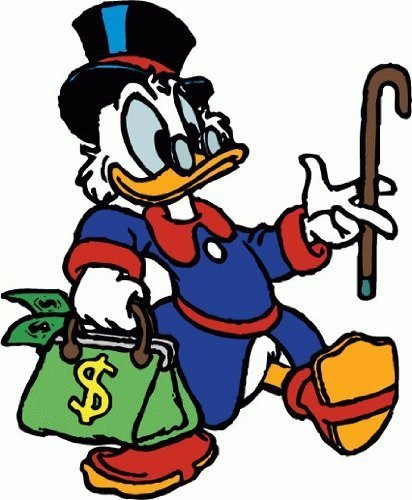 It is not at all uncommon to hear modern critiques of capitalism citing “greed” as the root problem. Capitalism is sometimes defined as greed. Often it is said that capitalism cannot work without greed. In the movie Wall Street, the character Gordon Gekko pontificates, “Greed, for lack of a better word, is good. Greed is right. Greed works.” The Christian theologian Tony Campolo wrote concerning greed, “What religion regards as foul, capitalism pronounces as good.” The examples could go on and on.

And if those assessments seem right to some, then the antidote to greed/capitalism is some form of a humanitarian and equitable economic system where fair-minded people make good decisions for the whole based on need. This, of course, is part of the current appeal of so-called socialism.

But, does capitalism either run on or require greed? And further, does the Christian faith inherently reject capitalism exactly because it considers greed a vice?

In his essay, “A Christian Critique of Capitalism”, David Kotter takes on these kinds of questions. Kotter addresses the distinctions between self-interest and greed, a proper way of understanding the power of advertising and the human heart, and whether greed is essential for capitalism. His conclusion:

Therefore, no one is forced by a dilemma to choose between capitalism based on greed, which historically has raised billions of people out of poverty, or a socialist system that attempts to avoid the sin of greed….Capitalism runs on self-interest expressed in free market exchanges; greed is not necessary to improve society and life people from poverty. Therefore greed is not good, but self-interest is biblically acceptable, and it fundamentally drives the free markets of capitalism for the benefit of individuals and all society.

The difference between greed and self-interest is key. As I mentioned in an earlier essay in this series, it surprised me to hear an otherwise very thoughtful and careful professor equate greed and capitalism. Kotter, however, argues that while “self-interest” and “greed” seem nearly synonymous in English, equating the terms does damage to both the concepts themselves and the biblical data on the two.

I would add to Kotter’s essay that intrinsically linking greed with capitalism is a category mistake and leads us to mis-understand economic systems in general. Greed is a character flaw; it is a moral vice. Capitalism is a means of exchanging goods and services that relies on less external (state) coercion and planning than more. One is a moral category, the other is not.

If, however, capitalism and greed are defined as (nearly) synonymous, then we make the next mistake of believing that another economic system, namely socialism, is inherently free from greed. But this is obviously (and historically) wrong. If greed “lies in the human heart”, and socialism is full of humans making decision for themselves and others, then it is an economic system in danger of being taken over by greed.

Kotter’s essay is an important part of Christians (and anyone else, for that matter) processing our culture’s complicated relationship with capitalism. If Christians see problems within capitalism, are they seeing those problems and their causes clearly? If not, then are their solutions reasonable? Can we find reasonable and theological grounds for understanding and encouraging self-interest as a net positive? Is it reasonable to talk about capitalism as a moral good? If we want to answer these questions well, we need the kind of clear-thinking Kotter (and the rest of the book’s essays) bring to the subject.