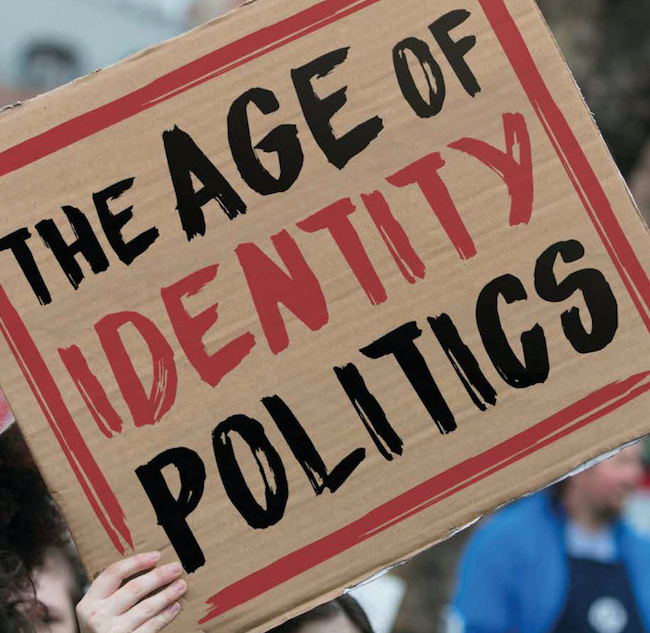 The American culture has made the decision that in order to fix what is wrong with society it needs to split people up into small groups of individuals according to some of the most superficial traits we have: skin color, genitals, and income. Think about that for a moment. We think we have identified a solution to a problem, and it necessitates ranking the relative evil of groups of people.

Not that long ago, most people would have considered that racist or discriminatory. Now, in a dramatic and powerful turn of the tables, to not categorize people is to be unjust. One label used to describe this large-scale move is “identity politics.”

Identity politics is a powerful religious movement. It may be comprised of both atheists and the “spiritual but not religious”, but it bears the hallmarks of religion, nonetheless. One glaring point of overlap with Christian theology is the belief in sin and redemption. Identity politics believes there is something systematically wrong with the world that can only be fixed if enough people follow a prescribed set of political programs. There is sin; there is redemption.

The question is, what is sin in this ideology? Once we make that clear, we can also make clear why the Christian vision of sin and redemption has so much more explanatory power, and, frankly, holds so much more hope.

Identity politics believes in original sinners, Christianity believes in original sin.[i] Original sinners are a group of people who are at the root of our cultural breakdown. They are inherently evil and the cause of injustice, and can be identified based on their skin color, genitals, and economic status. The only solution to a problem like this is to marginalize or get rid of the original sinners. There is no way for the original sinner to become virtuous. They are without virtue and can only be taught to know this about themselves. Redemption is elimination of a group of people. Identity politics is the “deformed imitation of Christianity” of our time.

The beauty and hope of the Christian vision of original sin is that everyone of us is a sinner but can find redemption from the Divine source. You heard that right – it is hope to know that all of us are sinners who can be redeemed. Your sin has nothing to do with your skin color or gender. Rich or poor, we are all sinners alike. Original sin can be fixed through faith in Jesus Christ, and our relationships need not be destroyed. In fact, in the Christian vision of redemption, our relationships are restored. You do not need to hate anyone to find redemption. You learn to love them instead.

A culture that pins the totality of dysfunction on one or two groups of people is deeply religious. It knows that there is injustice in our world, but it gets the problem and the solution wrong. And we are suffering greatly because of it. A step in the direction of cultural reform and personal wholeness is to stop assuming your innocence and looking for scapegoats in other people and begin taking stock of the sin within. There is hope. Jesus came into this world to “save his people from their sin”.

[i] I owe this phrasing and insight to Joshua Mitchell’s American Awakening.

One thought on “There is Hope in Original Sin”