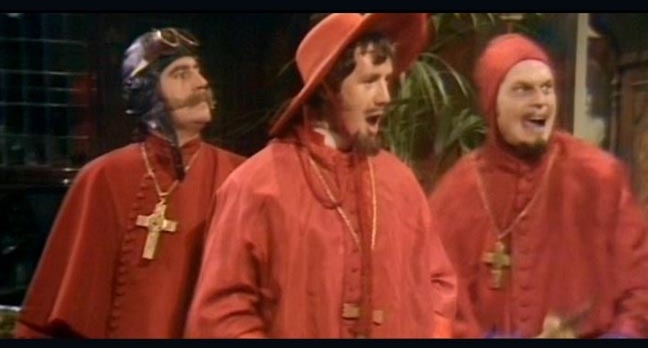 What is the influence of Christianity on the culture and history of the West? It’s complicated, but it isn’t as rotten as you have been led to believe. In fact, we owe our basic moral structure to our Christian roots, whether we like it or not. And more and more, we tend not to like that idea. It has been popular for a long time now to reflect on the history of Christianity with a kind of simplistic skepticism. “The Crusades!” “The Inquisition!” “The Salem Witch Trials!” “The Comfy Chair!” All these things, with one exception, are real events in the history of the church, but they have been turned into stand-ins for the whole. The reasoning goes like this: If we can list a few really rotten and complicated events in the history of the church, then the whole history must be rotten.

This kind of reasoning is common, and it is deeply flawed. We have decided that skepticism, not understanding, is the rational reaction to Christianity.

One of the upshots of this skepticism is the tendency of people to believe the memes and bumper stickers of atheists and secular progressives without much thought at all. It is easy, for instance, to read Dawkins’s twitter feed and think, “Yeah! Those dumb religionists. I’m so glad I’m not one of them.” It takes a lot more work to…well…do the work and see if what he and others assert is true.

Enter Tom Holland and his 624-page tome, Dominion: How the Christian Revolution Remade the World. Holland cannot be accused of simply believing memes and slurs. He did, however, grow into his profession as a historian with the belief that Christianity was the superstition that the West grew out of in the Enlightenment. After all, that has been the predominant academic point of view for decades. He specializes in the field of Greek and Roman antiquity, and in the past few years began to study the influence of the Christian faith on the West. Holland learned that the values he and the rest of the West held dear were not given to us by Greco-Roman antiquity. Quite the opposite. Instead, he learned that he (and we) owe our moral sense to the Christians.

He writes in the New Statesman:

The longer I spent immersed in the study of classical antiquity, the more alien and unsettling I came to find it… It was not just the extremes of callousness that I came to find shocking, but the lack of a sense that the poor or the weak might have any intrinsic value. As such, the founding conviction of the Enlightenment – that it owed nothing to the faith into which most of its greatest figures had been born – increasingly came to seem to me unsustainable.

Today, even as belief in God fades across the West, the countries that were once collectively known as Christendom continue to bear the stamp of the two-millennia-old revolution that Christianity represents.

There is a lot more to the influence of the Christian faith than meets the modern secular eye. The story is far more dynamic than a handful of dismissals. But you will be lucky to run into people willing to listen to a complicated story and learn what good there is in it.

There is a lot more to the influence of the Christian faith than meets the modern secular eye.